This new town is located between Cambridge and St Ives, approximately eight miles north-west of Cambridge city centre and partly situated on the former site of RAF Oakington. Comprising of six separate land ownerships, our vision will see the creation of the third largest market town in Cambridgeshire and will be home to around 25,000 people living in 10,000 new homes.

Northstowe is also the only town in the UK to be entirely master planned around a dedicated public transport system, the Cambridgeshire Guided Busway. The Busway, promoted and part-funded by Gallagher Estates several years in advance of Northstowe commencing delivery, was opened in 2011 and provides frequent services between Huntingdon, St Ives and Cambridge, connecting the railway stations and other key destinations such as Addenbrooke’s Hospital and Cambridge Science Park.

Northstowe is being brought forward in phases to ensure that community facilities and infrastructure delivery are married to the development of new homes in order to support those early communities in their everyday lives. L&Q Estates’ focus has been on phase one, the gateway to the new town, which includes a primary school, employment uses, and a number of community,sports and recreational facilities. 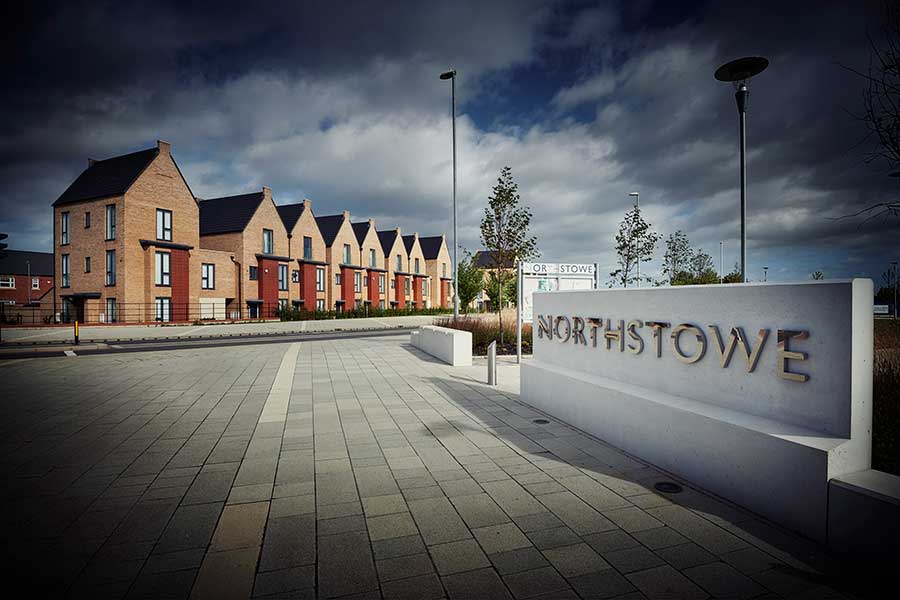 It also comprises 1,500 new homes, 20% of which are affordable. Following the delivery of infrastructure by L&Q Estates, land parcels have been sold to Barratt Homes, Bloor Homes, Bovis Homes, Linden Homes and Taylor Wimpey. The primary school was opened in 2016 and residents moved into the first homes in April 2017.

Our partner in the development of Northstowe has been Homes England (previously the Homes and Communities Agency) which will deliver 8,500 homes, and we have been working in close liaison with South Cambridgeshire District Council and Cambridgeshire County Council on the provision of community facilities, roads and other services. A key feature will be the creation of a new secondary school which will be one of the largest in the county.