Plans for 1,600 home-development at Overstone Green take another step forward 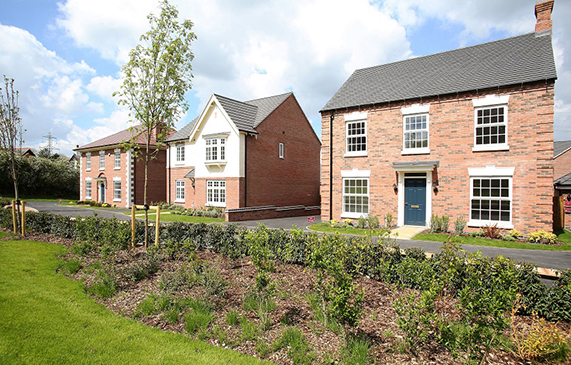 Plans to build 1,600 new homes and create eight hectares of employment space on the north eastern edge of Northampton have moved a step closer to fruition.

Northampton Borough Council’s planning committee resolved to raise no objections to the scheme, which has been earmarked for a 79.5-hectare site north of Overstone Green.

An outline planning application was submitted by housebuilder Davidsons Homes and leading property development and investment company L&Q Estates to Daventry District Council in January. As a neighbouring local authority, Northampton Borough Council was consulted on the plans which are due to be determined this summer.

The development, which is to be located on land east of the A43 Kettering Road, is part of a wider project to deliver 3,500 homes, 10 hectares of employment land, a new primary school, convenience stores, healthcare facilities, a community centre, sport and leisure facilities and improvements to road transport and infrastructure.

The scheme forms the northern part of the Northampton North Sustainable Urban Extension (SUE), the land having been allocated in the West Northamptonshire Joint Core Strategy Local Plan in 2014. Outline planning permission for the southern part of the project, comprising up to 2,000 homes, was granted in 2015.

A report prepared by planning officers at Northampton Borough Council recommended to the committee that no objections be raised to the proposals, stating that as the site is within the Northampton North SUE, “the principle of development is supported through the development plan.”

James Burnham, Managing Director for Davidsons Homes South Midlands, said: “This decision by Northampton Borough Council represents a significant step forward for these exciting plans which are set to bring much-needed new homes and employment opportunities to the area.

“It is pleasing that councillors recognised the wide-ranging benefits the development will bring, not only to Daventry District but also to the wider county and gave their support to the scheme. We now await the decision by Daventry District Council, which we are expecting this summer.”

Richard Edwards, Group Planning Director at Warwick-based L&Q Estates, said: “The masterplan has been designed to create a thriving, sustainable community for this area of Northamptonshire with a mix of different facilities.

“Receiving the favourable response from the planning committee at Northampton Borough Council is another key milestone towards creating homes and employment as part of an important gateway to Northampton.”