Plans to build new school and homes in Leicestershire 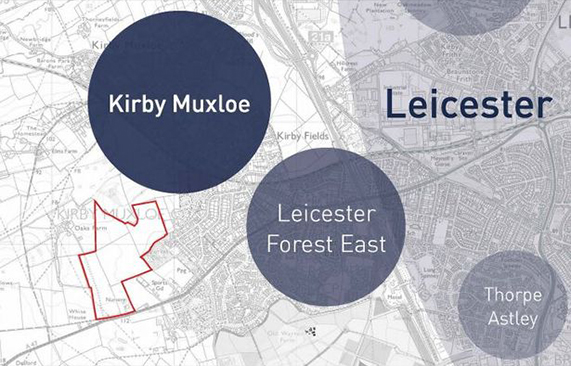 Ambitious plans to create a new school and housing development in Blaby have been submitted.

L&Q Estates has lodged the proposals with Blaby District Council to build a primary school and 750 homes on land north of the A47 Hinckley Road in Kirby Muxloe.
‍
The one, two, three and four-bedroom properties will include up to 25 per cent of affordable homes at Hastings Fields which is located near Old Newtonians Rugby Football Club, Leicester Ivanhoe Cricket Club, Leicester Forest East Tennis Club and Leicester Forest Rugby Football Club.

The development would also include children’s play spaces, a comprehensive network of landscaped areas, shared pedestrian and cycle lanes and a comprehensive package of highway improvements.

If the plans are agreed, L&Q Estates would also make significant financial contributions towards increasing capacity in nearby secondary schools and special education as well as other necessary social infrastructure including library and GP services.

Richard Edwards, Planning Director at L&Q Estates which is based in Warwick, said this was an allocated site for housing as part of the Blaby Delivery DPD Local Plan which was adopted in February 2019.

He said: “We have worked closely with Blaby District Council on drawing up this masterplan which would involve creating a one-form entry primary school which may grow in time.

“The scheme includes building 750 homes of which around 500 would be delivered during the period of the Local Plan which ends in 2029.

“Play and open space is integral to the overall design and would be provided on-site and the site is on an established public transport route with options for bus services to extend into the site.

“There would be a comprehensive package of transport improvements which would include improvements to the junction and link capacity on Hinckley Road, a new junction into the site and traffic calming measures.

“The new walking and cycling routes within Hastings Fields would also connect to the cycle lanes on the A47.

“If we are given planning consent, this scheme would improve education provision in Kirby Muxloe as well as increase the choice of housing in a growing community.”