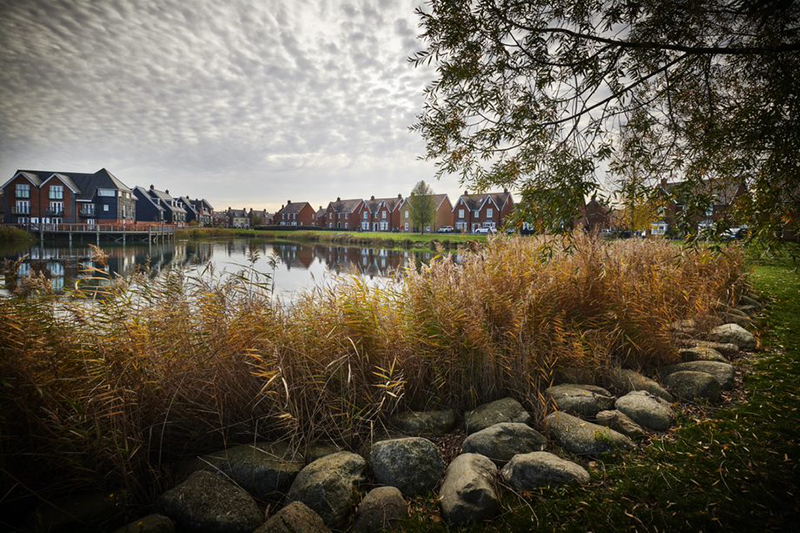 Up to 650 new homes and children’s play facilities are set to be created in the latest phase of the development of a new community on the outskirts of Bedford.

L&Q Estates, one of the UK’s leading strategic land developers, has sold a further parcel of land to Barratt & David Wilson Homes at Wixams.

The leading housebuilder has outline planning permission to build up to 650 homes, a children’s playground and landscaping in Village Three.

Construction on the mix of two, three, four and five-bedroom properties, which will include 25 per cent affordable housing, is expected to start towards the end of this year.

He said: “The Wixams is a sustainable new settlement which, once complete, will be home to 4,500 households.

“It has a great location which is really appealing to families being situated just three miles south of Bedford and 14 miles east of Milton Keynes, between the Midland Mainline railway in the west and the A6 to the east.

“The Wixams was conceived as a place that would have its own market town identity and sense of place.

“Wixams has been under construction since 2007. Village One, which is now fully constructed and occupied, includes a Village Hall, Lakeview School and small retail units, all located in the village centre adjacent to a lake.

“On the northern edge of the village is the Wixams Retirement Village. Village Two was previously purchased by Barratt & David Wilson Homes in 2016 and is partially constructed and occupied.

“The Wixams Academy secondary school is complete and operational, and Wixams Tree Primary School within Village Two is also completed.

“Village Four will feature a new train station within a mixed use ‘Station Quarter’. Construction is underway on parts of Village Four, and some homes are already occupied.

“This latest sale of a parcel of land to Barratt & David Wilson Homes is the third sale within Village Three and will feature a children’s playground as well as much-needed homes for first-time buyers, families and those looking to downsize.”

Edward Irving, Development Director at Barratt & David Wilson Homes, said: “We started building on Wixams in 2017 and since then have delivered circa 633 homes. These additional 650 homes will allow us to expand on the good work we have already done in the creation of this new community.”

Since funding the opening of Lakeview School in 2012, L&Q Estates has contributed £8.8 million towards the creation of Wixams Tree Primary School and Wixams Academy.

L&Q Estates has also invested over £40 million in infrastructure so far which has included improvements to the A6, the remediation of the former bomb-making factory land at Elstow Storage Depot and creating a number of lakes as well as further environmental improvements.

The master developer has also provided 2.4m sq ft of warehousing in the Northern Expansion Area creating over 1,200 jobs in an area next to the main Wixams site.